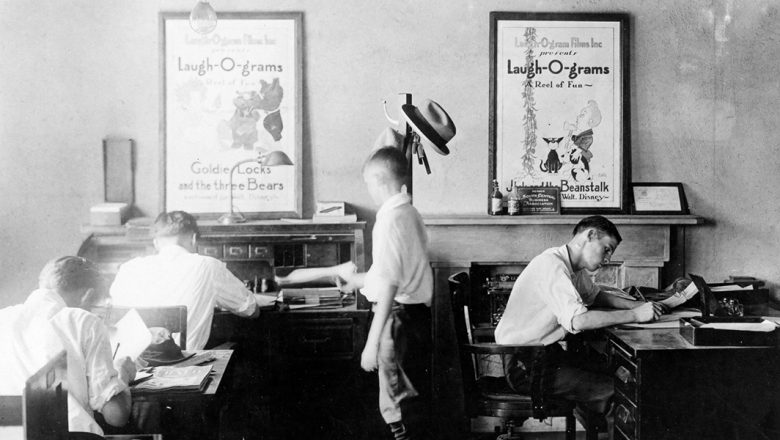 Listen Beyond the Noise, Step-in and Keep Going

It was an early spring day in May,1922 and good weather had finally arrived in Kansas City, Missouri. It was on this day that Elias finally decided he would do it. The day he decided it must happen. And so it did. Then it all came crashing down.

A long dark winter had finally broken. The early morning air that day brought with it the hope of new life and seeded the courage to get up, get going and get after it. For 5 years Elias had felt the pull. The stirring to do something more, be something more, try something different. But as each year past he had gotten better at hearing the voices of safety, security and status quo rather than listening to the whispers that were sparking inside his heart.

His 21st birthday had come and gone and he knew it was now or never. His family, friends and nearly everyone around him expressed caution and concern. They encouraged him to stick to the script, it worked for everyone else, but he simply couldn’t ignore it. And who wants to be like everyone else anyway? And so on that spring day he gathered all he had, left his job designing letterhead at a commercial art company and set his spark aflame.

Pooling all the money he had saved and could borrow, he incorporated his dream, launched the “Laugh-O-Gram” business and started doing what he was destined to do. With a handful of hired staff, Elias and team quickly became popular in town as their sketches and drawings were set to motion, and the Kansas City Theater agreed to screen their comedy shorts during daily matinees. But while the office was busy and Elias was working hard, he was also quickly going into debt.

To keep the operation going he traded the comfort of his bed and the security of his flat for the hard floors of his stiff 2nd story office space. He worked day and night, often sleeping on those floors while fighting off the playful mice that had begun to move in as his ability to keep the operation afloat moved out. After a few short years Elias was forced to declare bankruptcy, let his entire team go, and the dream appeared dead.

But setback is really about learning.

Crashing is about reflecting and coming back better.

And sacrifice is about a loss for today to build an even greater tomorrow.

And so Elias convinced his brother to join him and the two headed across country to give it another go.

With little left to show for, the brothers went West and opened a business in their name-sake. Quickly they got a deal with a distributor who agreed to distribute a set of original drawings that the brothers had cooked up while making their trip. But within a few years the distributor stole the rights to nearly all their creations and the business was again on the brink. They created more, but were turned down as many times as they tried.

Roy and Elias were running out of money again and living meal to meal, often eating hand-outs as they continued to ideate, create and practice their craft.

After more months of pain staking creating, drawing, pitching, trying and recreating, one distributor decided to take a chance on them. Although so many others had been turning down their creations, this distributor saw something that maybe could work. He asked the brothers if they could combine sound technologies with a character Elias had recently developed based on his floor sleeping, mouse feeding hard times back in Kansas City.

Soon they had a deal to produce sound amplified animations with his new character — Mickey Mouse.

Walter Elias Disney and his brother Roy went on to produce films generating huge amounts of revenue. Even as the Great Depression raged, Mickey and his friends were selling. From there, he and his brother built Disneyland, a $17 million theme park. It became a huge success and they were able to use the profits to begin building Disney World.

The rest, as they say, is history….

..a history that continues to unfold today.

But consider what almost didn’t happen.

Who knew what hung in the balance at every turn.

A 21 year old who decided to listen to the whisper instead of the cautionary voices around him. A young man who kicked the script and had the courage to act. That same young man who went bankrupt after a failed business venture but decided to learn from what had happened and give it another go. Brothers banding together and giving up comfort and safety to take a risk for a better tomorrow. Cartoon drawings receiving repeated rejections and their creator being told he would never be a success, but then go on to earn more Academy Awards than any other person in history.

And finally.. a hard period of life, which included months of sleeping on floors with mice, sparking an idea that nearly didn’t happen. Except that it did. And practically everyone across the globe would recognize that creation today.

An idea born of difficult times because one person heard their heart and channeled the courage to risk and pursue.

Even though Walt Elias Disney is no longer with us, the Disney Company remains a thriving multi-billion-dollar corporation today — and Mickey Mouse remains the primary symbol of that company. Clearly, Walt was a man who learned to listen beyond the noise. Listened closely to what was inside and then was willing to step in, push through and see where life could go. Read that last sentence again. Listen, step-in and see where life can go. What a difference it can make. And it did.

Setback is about learning.

And opportunity is always waiting, whispering just beyond the noise…

Are you listening? What do you hear?

Are you willing? What will you do?

You have no idea what may hang in the balance.

Made with by Spark Creative.